The name Hiatco is an amalgamation of their names; Hindmarch, Atkinson & Cook.

In 1998 and 2001 Paul Atkinson and Ray Cook left the business respectively, leaving Ivan Hindmarch as the sole owner.

In 1999 Mr Cook’s daughter Jacqui joined the business as a Senior Buyer and subsequently progressed through the company to become the Office Manager and QA system administrator; roles which she continues to hold to this day having becoming an integral part of the senior management team.

As Mr Hindmarch looked towards retirement and emigrating to France in 1999/2000, he approached Tony Sun, a respected and well known engineer in the Special Access Industry (and former employee of PML) to manage the day to day running of the business.

In 2003 Mr Hindmarch, then the sole owner, sold the business to Tony Sun who had successfully nurtured and guided the business through difficult times. Mr Sun then set his sights on continuing to grow the business and further cement Hiatco’s reputation as a leader in precision, high-quality aluminium welding and fabrication services.

Sadly Mr Sun passed away in July 2012 leaving the business to his only son Paul, who now manages the business.

Paul inherited the family business after his father Tony Sun sadly passed away in July 2012.

Paul now drives all high-level strategic management decisions but has handed the day to day running of the business to directors Stuart and James. Keeping the ethos of his father’s vision central, Paul’s plans are to grow the business over the coming years whilst ensuring that Hiatco’s reputation for quality and precision is upheld.

Stuart was 17 when he joined Hiatco as an apprentice. After completing his apprenticeship in 2004 he excelled and at 24 was promoted into a supervisory role.

As operations director, Stuart is responsible for the running of the business, ensuring all contracts are fulfilled to customers’ specifications. He also looks after Health & Safety, having completed an IOSH (Institution of Occupational Safety & Health) Managing Safely course in 2015. 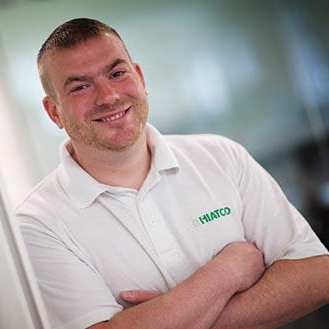 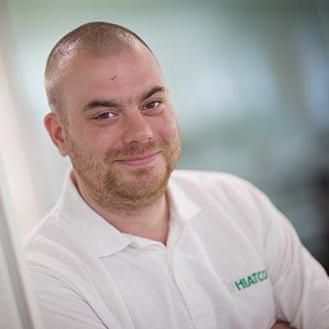 James, like his twin brother Stuart, joined Hiatco at 17 in 2001. After completing his apprenticeship he moved into the production side of the business and worked his way up to the role of welding supervisor.

In 2009 James completed his training to become a CSWIP 3.1 welding inspector. In 2016 James, along with his brother Stuart, took over the running of the company on a day to day basis from MD Paul Sun.

Jacqui joined Hiatco in 1999 moving from the caravan manufacturing industry where she worked as a buyer.

In 2010 Jacqui completed her accountancy qualification and is now a member of the Association of Accounting Technicians. Jacqui is responsible for managing the company’s accounts, payroll and all administrative tasks.

She is also responsible for the firm’s quality management system and is an ISO 9001 certified internal auditor. 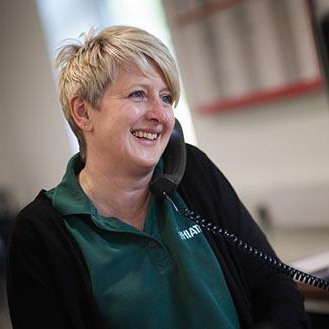 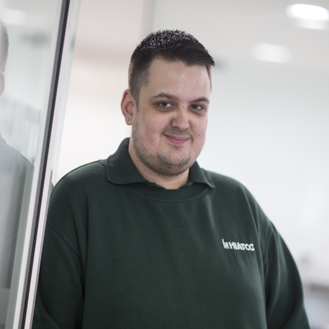 Jonathon joined Hiatco at the age of 17 and after completing his apprenticeship in 2008 he joined the workshop productions team as a highly skilled fabricator and multi-coded welder.

Over the last decade he has worked his way to the role of Workshop Supervisor, liasing with the management team to ensure all elements of workshop production are run efficiently whilst maintaining Hiatco’s high standards, he also acts as the primary conduit between the management team and the shop-floor production staff.